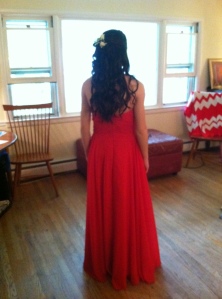 Don’t believe me? Next time someone pisses you off, do a little soul-searching and see what you find.

I had a whole year of spotting things before I could write this post. The judgment I heard from other people, I had it in myself. The maddening, paralyzing fear in my kid- I had that, too. So I saw stuff, and I owned it and worked through it and blah blah blah… and now I have something to say.

There was no snow! It may be the only reason I didn’t go back to bed.

My husband went out of town for a couple days and I realized after he left that I don’t know how to use our newly-temporarily-acquired snow blower. I’m sure I can figure it out, but I have fears of things like putting the wrong fuel in. Is it a gas/oil blend? What if it’s diesel? Or plutonium? This is a deep seated fear from my childhood based in a very foggy memory that I am not sure is even mine. We used to have a dishwasher, and once my mother used the wrong soap in it and broke it.

Wait, is that even possible?

All I know is that we never had another dishwasher until my parents divorced.

I have a new post up on Family Circle’s Momster blog about forcing kids to shovel snow. The bonus of writing about shoveling is I keep hearing tips from people. One lovely lady told me her parents used to lock them out of the house until they were finished with the driveway.

Did I mention the kids never read my blog?

You can leave your tips on making kids shovel snow below.

We were watching the Miss America pageant last month and #5 was waiting for his turn in the shower, dividing his attention between the television screen and spinning around in circles.

He spends an awful lot of time spinning in circles. He also has abs of steel. I do not believe these two things are coincidental. I’m working on him to make his own exercise video, but I need someone else to do the camera work because I get dizzy just watching him.

I heard his sister leave the bathroom while I was in the kitchen and called out to him that he could go in.

I walked out to find him standing completely still, transfixed, staring at the screen. Bikini-clad Miss America contestants with their million-dollar-smiles, and other assets, paraded across the stage and down the runway, one after the other. Hot American chicks as far as the camera could see.

Me: Hey bud, the shower’s open.

Me, stepping in front of him: Do you want to stay and watch all the pretty girls in bikinis?

He ran out of the room. Another beautiful moment of boyhood, never to be repeated again.

Hey, did I ever tell you about the time I met #5’s friend’s parents because of a pickaxe accident? Yeah, that happened. You can read about in my new post over on Family Circle’s Momster blog: Meet the Parents…the Awkward Version.