I’ve been sitting on this post for a while. Debating on whether I should even put it out there. It’s got some unflattering pictures (not referring to the baby) but the more difficult part to reconcile is the truth it contains. I don’t know if you’re ready for it, but I feel a tremendous sense of obligation to pass this on.

Here’s a picture of me looking amazed at a baby:

This is a CUTE baby. We didn’t even have to lie to her parents about that; it’s true. I think she’s awesome. She has tater-tot feet and she wears mittens.

I was surprised that when CC and I got married, people began asking me when we were going to have kids.

Me: We have five kids. I think we’re good.

Them: No, I mean your own kids.

Yeah. Because I’m so on top of everything, so incredibly organized and overloaded with resources such as money, time, and patience, that I think what’s truly missing in our lives, with our five kids and two dogs, is an infant.

Nevermind the insult both to me and the kids.

I’m going to tell you something about babies. Something that no one is talking about. It’s the Big Secret About Babies that isn’t discussed in polite company. I already told Little O’s parents, so they knew from way back. My sister, who will be giving birth any second now, knows this truth because it’s already happened to her twice.

We’re talking way beyond narcolepsy, drooling and poop. Lots of people go into the baby thing not knowing this part and they’re shocked when it happens to them. There’s a conspiracy of silence around parenthood that prevents most people from talking about it. The advantage of being a stepmom and jumping in right in the middle is that you don’t have built-in fairy tale fantasies about your babies. You’re faced with stark reality from the very first day. I’m objective. That’s why ima tell you this now.

The best you can hope for, and this is only if you are very, very lucky, is this: 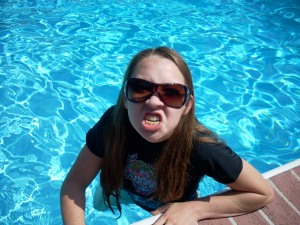 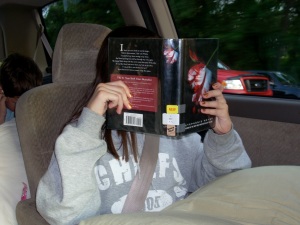 I am not making this up.

26 thoughts on “A Public Service Announcement”