Long ago, in a land far away, before there were stepchildren.

I had this awesome apartment in Hoboken. There was very little in it. Some Ikea furniture and two kitchen chairs I rescued out of the trash. Brick walls, hardwood floors, and ceiling fans. 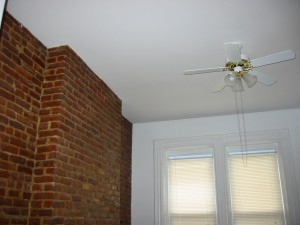 Endless uninterrupted thoughts. No one eating my cookies. Nobody in the bathroom when I needed to get in there. My world was far smaller and far less rich than it is now, but I was blissfully ignorant of that.

It’s been four and a half years since we got the kids and I moved in with CC. I have almost nothing from that apartment in Hoboken, with two notable exceptions. For some reason, those two kitchen chairs that I saved from the trash remain the sturdiest pieces of furniture in my house. 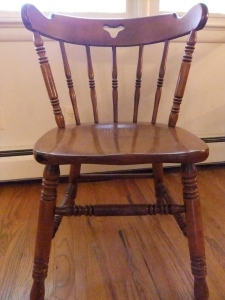 Just a pair of dinked-up wooden chairs that refuse to die. I sit in one to write. It isn’t terribly comfortable. In my house, we need a lot of chairs. There are a lot of butts.

Lately, I’ve been putting a throw pillow on the seat. I keep thinking I’ll get a chair cushion for it, but really, I can’t be bothered. #4 came in my room recently and noticed.

Me: I’ve been trying to lose some weight and I’ve actually lost some and you know, I think my butt just isn’t as cushy as it used to be because there isn’t as much fat on it now? And so the chair sort of hurts? And I use a pillow sometimes?

She looked at me for a long time indicating her regret at ever asking. Then she said, “Why is my family so weird?” and left the room. 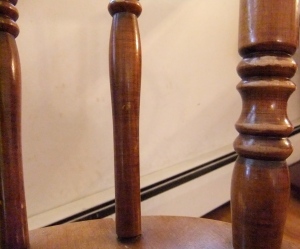 5 thoughts on “How To Get Left Alone”