You read that correctly: FIVE.

I’m also a stagehand. My day job (which largely occurs at night) is mixing live sound for musical theater.

In 1977, at age five, I wrote a gripping and moving tale about the German Shepherds that lived next door. My mother still believes it to be excellent. I became a writer.

In 1994, I started getting enough sound gigs that I kept calling off my waitress shifts and had trouble making my early morning classes. I became a stagehand.

In 2006, my boyfriend got temporary emergency custody of his five children and I moved in to help out. Temporary turned permanent. I became an accidental stepmom, and we got married, on purpose, in 2008. 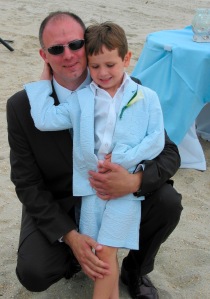 Being a regular parent is hard. Being a stepparent is hard and complicated. Being a custodial stepmom of five whole kids is ambitious, reckless, and convoluted. Kinda like herding fully-clawed cats up a waterpark slide when the bottom of the slide is coated in crisco and the sides are covered in hot sauce.

Now, more than ten years in, I believe the most difficult part of being a parent or step-parent is retaining who you are. At least, that’s been the case for me.

When I first started this blog, there were very few stepparent resources online. Most of what I did find was either hopeless or vindictive. Not helpful. Not funny. Today, there are loads more resources, yet I still find myself sifting through a shitload of negativity and bad advice in search of anything that resonates. I’ll continue to do my best to keep this blog light and somewhat amusing.

There will be swearing.

Being someone who battles depression, I’ll also write about some of the tools that have been dead useful to me. Plus I’ll write about shit I just like, which is truly the most useful tool of all.

I don’t have a degree in this and nobody thinks I’m an expert. But I’m pretty good at laughing at myself and I lead a ridiculous life. Most of us do. It’s high time someone embraced the virtues of half-assed step parenting. We could all use a little levity. 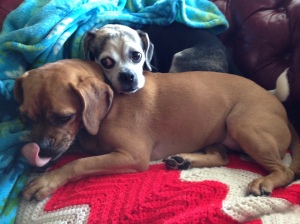