1. First, have five children. Buy each one a snow shovel.

2. When your children complain and ask, “When are we going to get a snowblower?” explain that you already have one: 5 kids with shovels who tell you how much this blows.

3. Every snow day, wake them early even though there’s no school, so they can help shovel.

4. When friendly neighbors come by with their snow blowers or plows and offer to help you out, thank them and send them away. Explain that you are attempting to teach your children the value of manual labor.

5. Dream of the day you no longer have to lead by example.

6. Be okay with the eldest child moving out– right up until the first time it snows and you realize your work force has decreased by 20%.

7. Break two shovels with use during a heavy snow season and attempt to replace them. Discover that the only shovels available at the hardware stores in the middle of winter are cheap plastic ones that are manufactured in places that never see snow, such as Sri Lanka.

8. Receive, one season, the snow that breaks you. The one you give up on, with the ice layer on top. The one where you can’t even make your kids help out it’s so heavy and brutal. The one where the mailman will no longer deliver your mail anymore because your driveway is too treacherous. Where your dogs slide right out of their collars like Max in The Grinch and go shooting down the hill into the street. The snow that every day the sun messes with a little more, tricking you into believing it’s helping when in actuality it is only creating still more tenacious ice rivers everywhere you need to step.

9. Go online to check the weather and see 40 days and 40 nights of snow coming. Order real shovels off of Amazon.

10. Have the delivery of said shovels delayed by the weather.

11. Reschedule a weather-cancelled outing with a relative and discover he has an extra snowblower. He always was your favorite relative. Not only is this more unlikely and better than extra bacon, but he’s willing to loan it to you until his other one breaks. Forgo sleep to retrieve it. Offer him up to three of your children in exchange for the snowblower. Extoll their shoveling virtues.

12. Come to the understanding that, unlike a pre-season purchase of a snowblower, a mid-season gifting of a snowblower does not possess any snow-preventing voodoo.

13. Bring your children to the understanding that possessing a snowblower does not actually get them out of shoveling detail; it only lightens their load.

Did you have to shovel snow when you were a kid? 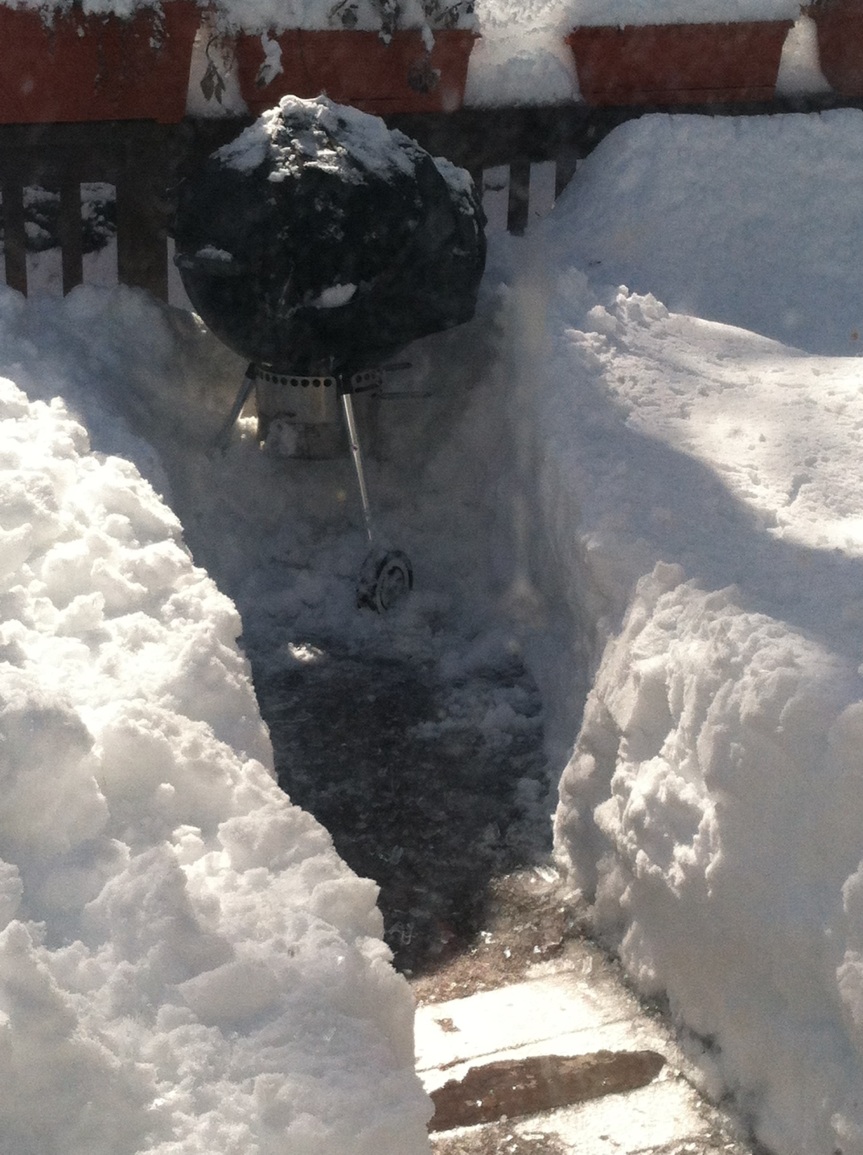